Promises of high-rises in Budapest are irresponsible

A developer who is toying with the idea of building a high-rise will easily find an audience. The public however will likely be left disappointed, since neither current regulations nor plans being considered make, or would make it possible to approve the construction of a building higher than 90 metres.

QP | Quality Placement
The Framework Regulations on City Planning and Construction in Budapest (BVKSZ) in effect are relatively clear on high-rises: the maximum height is 55 metres, except within the Hungária Boulevard and in protected areas of Buda, where the limit is 30 metres because of the protection of the exceptional historic city silhouette.

There are two exceptions: within a 200-metre radius of an already existing high-rise, a new high-rise can be built - adhering to zoning limits - whose highest point is the average of the existing high-rise's height and the aforementioned 55 metres. The other exception refers to so-called special superstructures, whose height can reach up to 90 metres. A special superstructure, whose placement is also subject to strict restrictions, however does not refer to a residential or office building or a commercial centre, but exclusively to some kind of technological structure (e.g. antenna or water-tower).

The plans now under negotiation, as they pertain to high-rises, are still the ones associated with Dr. István Schneller, who was the chief architect of Budapest until 2002. According to one version, everything would remain as it is now, another version - voted down by the Budapest Assembly in 2002 - would allow genuine high-rises in Csepel, bit leave the 55-metre limit everywhere else, while a third version would allow construction up to 90 metres in various centres throughout the city. Éva Beleznay, Budapest's current chief architect, said the package has already been brought before various public administration forums, and is still under negotiation. The new BVKSZ, which would address numerous problem areas in addition to high-rises, is expected to be brought before the Assembly by the end of the year. As of now, there is no clear front-runner among the three versions.

At the same time, the chief architect pointed out: "It is irresponsible today in Budapest to talk seriously about a developer building a high-rise of 120 or 150 metres. Even according to plans, the maximum height would be 90 metres." Éva Beleznay also pointed out that to build an emblematic high-rise, it is indispensable that the entire approval and regulation process be reformed, since if only the height restrictions are lifted, then authorities would barely have more control over the permitting of a high-rise than if the investor was building a simple house. The chief architect also warned that exceptional architectural quality is a basic requirement in the case of such a building, therefore inviting an international architect tender is unavoidable, and it is senseless to plan ahead just to be the first to carry out such a project.
QP | Quality Placement 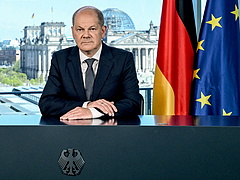 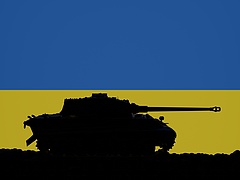 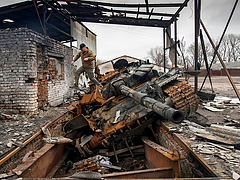