Rebirth of the eastern commercial corridor?

According to optimistic forecasts, visible changes in the exterior of Kossuth Lajos street and Rákóczi road, which are currently in a disgraceful condition, could come as early as the end of 2009. Developers banking on the region are confident that the axis, also called the eastern commercial corridor, could reclaim its former glory.

I don’t think this axis has to be rediscovered, since it has always had a strong commercial function. Although, in my opinion, we can only talk of a unifi ed area up until Baross Square, after the Keleti railway station we are talking of completely different characteristics. Achieving a truly pedestrian, shopping character would necessitate serious changes in Budapest’s overall transportation strategy, without this, expensive downtown boutiques cannot be lured back. Something would definitely have to be done with the traffic on Kossuth Lajos Street and Rákóczi Road, for instance.

At the same time, I see significant reserves in the transformation of some junctions. Blaha Lujza Square certainly has good development potential, and is defi nitely an ideal location for setting up a high street mall-like, elegant shopping centre that could shake up the entire city, and would perhaps even be an alternative to West End. However, I see the future role of the section between Astoria and the Erzsébet Bridge differently, and I do not believe that it is just the lack of parking which is keeping shoppers away. That pleasant, pedestrian atmosphere which characterises Andrássy Road, which I consider to be a prime example, simply cannot be recreated on these narrow, busy pavements and without any green environment.

The area between Baross Square and Örs vezér Square has entirely different characteristics, and I think that a kind of development has already begun here with Arena Plaza, but I do not think the settling of further commercial establishments is likely here; however, I consider this area to be especially ideal for offi ce developments.

I think the revitalisation of the region’s commercial role is only realistic if special functions can be set up there. I am thinking of something like what happened to Falk Miksa Street with its art dealerships. One version of this could be the thematic grouping which has already begun, with the row of bookshops on Rákóczi Road. However, more than this is needed to create a humane environment which entices people to walk, and without parking the necessary conditions are not there.

On Kossuth Lajos Street, only diverting traffic underground would bring a real solution, which would create a contiguous system of pedestrian streets from the southern Váci Street all the way to Deák Square. The other sections of the axis are problematic as well, since it is not enough to just revitalise the main road. If the adjoining side streets are not put in order as well, the shopping public on which further developments could be based will stay away. In my opinion, developers would do better to focus on junctions, and with the building of the Ablon hotel on Blaha Lujza Square I definitely see a chance for this, although it will never be a Váci Street.

At the same time, its attributes are suitable enough so that with some public functions, green areas, underground parking under the entire square, and the cleaning up of nearby side streets, it could become an attractive location. If Blaha Lujza Square starts to function, that will have an effect on the Grand Boulevard as well in both directions. From the square towards Keleti, we can only talk of busy transport junctions - although Arena Plaza is an exception even in this -, but I think the development of a classic promenade here, such as Andrássy Road or the Grand Boulevard, is completely unlikely.
QP | Quality Placement 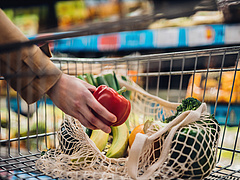 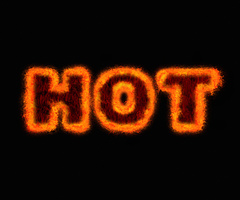 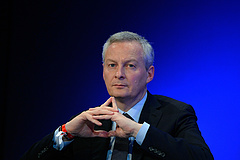 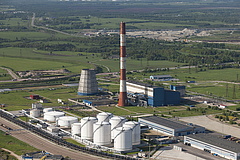